St Laurence is Laurence O’ Toole a 12th century Irish saint who was abbot of Glendalough and later Bishop of Dublin. He died in the monastery at Eu, in Normandy and  his tomb in Eu  became a place of pilgrimage and many miracles were attributed to his intercession. He was canonized in 1225 by Pope Honorius.

The saints feast day is the 14th of November , but  the 9th of August  was the main day for pilgrimage at Garrylaurence.  Mass is still celebrated there most years in August.

The nearby church at Clonmult is also dedicated to the saint. 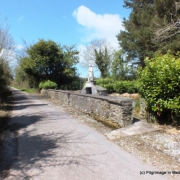 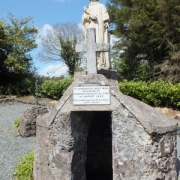 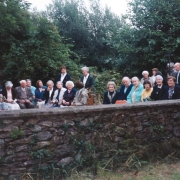