The following are our recollections and information from a few others.   If you can add anything please let us know.

The idea of starting Muintir na Tire in Clonmult came from a chat between Tim O’Sullivan and Edmond Fitzgerald at Mikey Cronin’s thrashing.   Tim informed Edmond about this great organisation back in his home place. Shortly afterwards Clonmult Muintir na Tire was set up.

The following are some of the projects they were involved in:-

The Red Cross was started by Peg O’Sullivan, Jim Mulcahy and Willie Mahony in the early sixties possibly 1962.    Many other locals joined them.

They ran 1st Aid Classes and did Hospital Visits.   The ladies knit socks for the elderly.

They were also involved with Muintir na Tire in the Senior Citizens Christmas Parties. 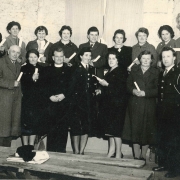 It was set up by Evan Byrne with help from George Robinson, Jerry O’Keeffe, Dan Kenneally & Jim Hegarty.

The local lads plus some from other communities as far away as Clashmore became members and took part in boxing tournaments all over Cork and beyond.    Freddie North who represented Ireland on the senior boxing team five times, was the holder of Leinster and Munster titles returned after a lapse of 10 years to the senior arena wearing the Clonmult Club colours.   Freddie’s experience was a great help to the young boxers of the club.   Many trophies were won by Club members including a few county championships. 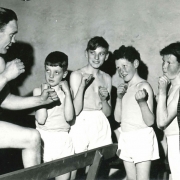 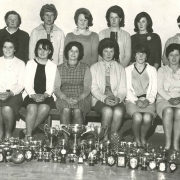 It was set up as a response to the death of a local child from Leukemia.

Many others helped with knitting and craft work to raise funds.

£30,000 was raised over a few years which was given to the Mercy Hospital, Cork.

A Ward in the Mercy Hospital is named “Clonmult Leukemia Ward”. 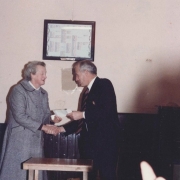 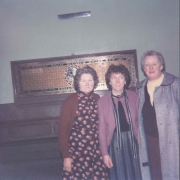